Vengeance is a common human desire and, like other human desires, also a dreadful sin. For each sin, there is a demon; the sin given flesh and summoned into the world by people who think they can survive the experience.

After a hit-and-run leaves children dead, a vengeance demon is raised to hunt down those responsible. With no other hope for survival, the demon’s victims raise demons of their own. A rural American community is torn apart – both metaphorically and literally – by inter-demon conflict.
END_OF_DOCUMENT_TOKEN_TO_BE_REPLACED

Plague sweeps through the land, and there is no other possible explanation than witchcraft. Two battle-hardened crusaders (Cage, Perlman) who have renounced the violence of the Church are given a choice – face execution for desertion, or transport a witch to the abbey of Severac, where her evil can be destroyed.  END_OF_DOCUMENT_TOKEN_TO_BE_REPLACED 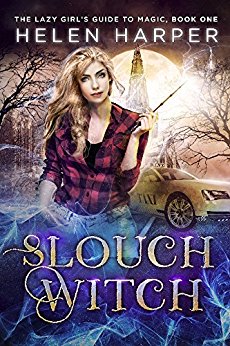 Ivy is a talented witch. Talented, but extremely lazy. So much so that she’s not really a practicing witch at all; instead, she’s a taxi driver who happens to do magic occasionally. Doing magic professionally would involve working with the Order, and their stuffed-shirt early-morning way of doing things is definitely not to Ivy’s taste.

When Ivy ends up magically bound to work with Nicholas Winter, the most stuffed-shirt of all the Order witches, she is less than thrilled. Tracking down a stolen scepter involves danger, diplomacy, and waking up before dawn, three things she would rather not be involved with. But with the binding in place, she doesn’t have a choice. She has to either find a way to break the powerfully magical bond, or to work with the irritating and irritatingly handsome Winter.

END_OF_DOCUMENT_TOKEN_TO_BE_REPLACED

It took me a long time to get round to reading Dead Witch Walking. The book gets a lot of praise, but it was first mentioned to me as “urban fantasy about killer tomatoes,” and that description did nothing for me. It sounded like comic fantasy, and the list of authors who can manage to do that well is extremely short.

Dead Witch Walking is not comic fantasy, and killer tomatoes don’t really feature. Instead, a weaponised virus used tomatoes as a carrier, eventually wiping out a significant proportion of the human population. In the aftermath of this tragedy, vampires/witches/et cetera revealed themselves to humanity. The book takes place long after this, in a post-masquerade world where monsters are feared but accepted as part of reality.

Rachel Morgan is tired of dealing with bad assignments and unreasonable orders. For years, she’s been an employee of Inderland Security, tasked with solving supernatural problems – rogue vampires, black magic, that sort of thing. Now she’s ready to strike out on her own.

Life outside the I.S. isn’t easy though. With only a pixie and a vampire as backup, Rachel has to find steady work and stay alive, all the while dealing with demons, drug lords, and an agency that really doesn’t like people breaking their contracts.    END_OF_DOCUMENT_TOKEN_TO_BE_REPLACED