There’s something inside Natalie. Something hungry and fierce and far more dangerous than the eleven-year-old girl it’s living inside. By day, an exhausted Natalie sleeps; by night, the thing inside her prowls the house while her mother cowers upstairs.

When doctors are unable to do anything, Natalie’s mother turns to more exotic solutions. The thing grows stronger as Natalie wastes away; there is not much time to find some kind of cure.

END_OF_DOCUMENT_TOKEN_TO_BE_REPLACED 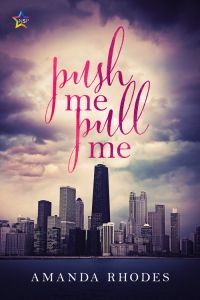 Mallory is not the best at life. She’s frequently late to work and struggles with face-to-face interaction, preferring to spend her time online. These are significant problems for a rental agent.

With her boss running out of patience, Mallory has to do everything she can to impress her latest client – the beautiful, sophisticated Corinne. As she summons previously-untouched reserves of professionalism, Mallory begins to suspect that a beautiful rental property is not the only thing Corinne has her eye on.  END_OF_DOCUMENT_TOKEN_TO_BE_REPLACED

John Carpenter’s The Thing (1982) is one of the greatest horror films ever made. It’s a masterpiece of suspense and tension, demonstrating – point by point – the key ingredients of horror. In addition, the skilled use of practical special effects gives it a visceral kick that you very rarely find in later films. It’s brilliant, and I recommend that everyone watches it at least once.

Until recently, I didn’t know it was based on anything. I knew that there was at least one  story inspired by it – Peter Watt’s The Things – but I didn’t know that the film itself was based on a short story. That story is John W. Campbell’s Who Goes There? END_OF_DOCUMENT_TOKEN_TO_BE_REPLACED