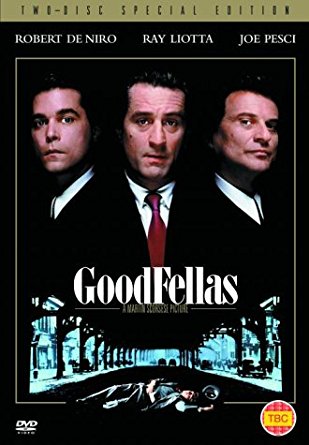 Everyone knows what a mobster looks like. We know how they talk, how they dress, how they relate to each other. We know about their secret rituals, and about the iron rules they live by.

We know about these because of the media. The Godfather, The Sopranos, Guys and Dolls. Arguably, the media created the Mafia aesthetic as much as it portrayed it. I read once, though I can sadly no longer find a source, that the FBI’s job got much easier after The Godfather was released, because all of the gangsters started dressing like the characters.

Goodfellas is a cinematic classic, and it’s definitely one of the most important films for cementing the cultural idea of how the mob looks and acts. I’ve only just got around to watching it.  END_OF_DOCUMENT_TOKEN_TO_BE_REPLACED