‘Imagine you could hide a secret. Forever.’

Set in an alternate past in which the binding of books is a magical process, people have their most traumatic memories erased and bound into books.

I have to admit, I initially wanted to read The Binding mainly because I kept seeing the gorgeous cover in the bookshop where I used to work and I coveted it, which feels quite appropriate. Having read it, I really don’t know what genre I would peg The Binding as being.

END_OF_DOCUMENT_TOKEN_TO_BE_REPLACED 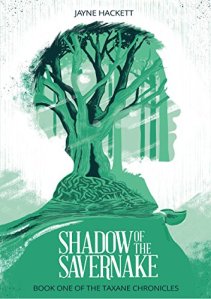 “Aborologist Florence Brock steps into the hollow of an ancient tree and awakes transported several hundred years into England’s past. Thrust into a land at war, where her skills count for nothing and her life even less, Florence has to forget everything she once knew and become something more.
Her fate is entwined with Nat Haslet, a savvy and resourceful soldier marooned beyond his own time, desperate to get back home. Nat has learned what it is to survive in this broken land, doing what he must to stay alive.
Their incursion in the time-line alerts both friend and foe. There are those who would help them – The Taxanes – a secretive order as ancient as the trees themselves, who protect the time-line from ripples that were never meant to be. And there are those who would seek to use Florence’s knowledge for a far darker purpose, twisting history to their own malevolent ends.
Now, Florence and Nat must forge an understanding if they are to navigate the treachery of England’s lost and brutal past, before time itself runs out.” END_OF_DOCUMENT_TOKEN_TO_BE_REPLACED 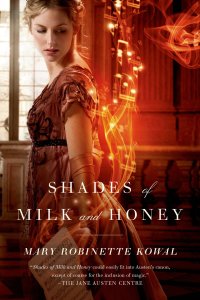 I first heard of Shades of Milk and Honey in this post by Andrew Knighton. He described it as “the social whimsy of Jane Austen with magical fantasy”.

I wasn’t initially sold on the concept – two great things mixed together often goes poorly. I enjoy science fiction, and I enjoy fantasy, but any attempt to combine the two – to add crashed spaceships to my heroic quest, or a pre-industrial planet to my space opera – tends to leave me cold. So, while I enjoy regency romances, and I enjoy fantasy, I was a little wary.

I bought it, but then put it to one side, and only started reading it because I didn’t want to start working on a Sunday morning. I then found it very difficult to stop reading, and completed very little work. I regret nothing.  END_OF_DOCUMENT_TOKEN_TO_BE_REPLACED

I came across A Game of Battleships in a second-hand bookshop a long time ago, and thought it looked interesting. However, A Game of Battleships is not the first book of its series, and I really dislike starting at any point in a series than the start – I know that any book is meant to give enough information to be enjoyed on its own, but I still find it irritating; I worry I’m missing things, or that I’d enjoy it more if I’d already formed an acquaintance with the characters.

I bought it for someone who has no such scruples, but didn’t read it myself – I vaguely looked around for the first one, but failed to find it, and the series slipped from my mind. Occasionally, I would remember some vague detail about it, but never enough to actually track it down.

Finally, I spent a while googling “space British Empire” and “science fiction lemmings”, and this gave me the name of the author again. I bought the first book – Space Captain Smith, and at last got to see if the series lived up to its concept. END_OF_DOCUMENT_TOKEN_TO_BE_REPLACED

Amidst the dross of online games, you occasionally find a gem. A game that isn’t half-finished, or shallow, or just a vehicle for ads. A game that is actually playable, one that presents you with interesting problems and doesn’t just allow you to click away your time. So many online games are half-finished amateurish messes, or color-shifted rehashes of concepts that were tired decades ago. I find it’s rare to come across a game that is worth the time.

Steambirds is such a game – a shining needle in a dirty haystack. Set in an alternate history version of the world wars, in which steam-powered aircraft battle for control of the skies, the game puts you in command of a small squadron, playing through various dogfights against the encroaching menace of the enemy airforces. END_OF_DOCUMENT_TOKEN_TO_BE_REPLACED

My Tweets
Join 342 other subscribers
Follow Inconsistent Pacing on WordPress.com