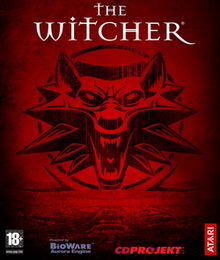 Witchers are mutants – monsters created to defend normal people from worse monsters. They take dangerous jobs for little pay and less thanks. Geralt of Rivia is the most famous of witchers, but he doesn’t know that – he’s forgotten all of his pasts and all of his monster-hunting knowledge.

You take on the role of Geralt as he struggles to recover his memories, do witcher work, and navigate the complex politics of a kingdom riven by sectarian and inter-species conflict. END_OF_DOCUMENT_TOKEN_TO_BE_REPLACED

Wolfenstein: The Old Blood is the third game about occult Nazis I have played in recent weeks, and I am showing no signs of wanting to play anything else. This game is a remake, in the broadest sense of the term, of Return to Castle Wolfenstein, and is mechanically very similar to Wolfenstein: The New Order. I must admit to some trepidation when starting it, as I worried that it would just be a sub-par rehash of the aforementioned two games.  END_OF_DOCUMENT_TOKEN_TO_BE_REPLACED

As I have mentioned before, I’ve recently been drawn towards the moral absolutes of games about fighting demonic Nazis. Having played Return to Castle Wolfenstein, I naturally wanted to progress on to the next game in the main series – 2009’s Wolfenstein.

However, that one’s quite hard to get a hold of, and I am bad at patience. So instead, this is a review of the next one on: Wolfenstein: The New Order. To avoid typing that again and again, I’m just going to refer to it from here on out as Wolfenstein.

END_OF_DOCUMENT_TOKEN_TO_BE_REPLACED

Lately, I have been feeling nostalgic and desirous of black-and-white morality. Naturally, I have gravitated towards media involving occult Nazis.

Occult Nazis have a long and storied history as enemies in video games, and the Wolfenstein series is definitely at the forefront of that. Not having played the series before, I went back to the first one that could be described as vaguely modern: Return to Castle Wolfenstein.
END_OF_DOCUMENT_TOKEN_TO_BE_REPLACED

of the first games I ever played, on a grey giant of a Gameboy, was Harvest Moon. Unlike most other games, Harvest Moon wasn’t about violence. You couldn’t hunt or kill anything; instead, you simply farmed. There were no bosses and you couldn’t die – you just had to make the best farm you could – planting and harvesting crops each season, milking cows and tending to your chickens.

It wasn’t the most exciting game. In all honesty, it was extremely repetitive. But it was fun, and somewhat soothing. It was enjoyable to slowly build up your small herd. It was fulfilling to clear another field of rocks and debris, ready for ploughing. Even though each in-game day was roughly the same, I found myself keeping playing.

Stardew Valley is a game in the style of Harvest Moon, a new entry into a small genre that’s currently mostly known for the monstrosity that is Farmville. It’s clearly – from the graphics to the gameplay – an homage to the original Harvest Moon games, and it has exactly the same simple charm. END_OF_DOCUMENT_TOKEN_TO_BE_REPLACED

For as long as there have been people with disturbingly intense stares, there have been calls for a Total War game set in the Warhammer universe. It makes sense – they are both (on computers and tables respectively) games of tactics, controlling massive armies in battle. Moreover, they’re both the top of their respective mediums – Games Workshop’s Warhammer is the preeminent tabletop strategy game, and the Total War series is one of the better regarded strategy franchises.  END_OF_DOCUMENT_TOKEN_TO_BE_REPLACED

Whether or not video games are art is a tired debate, and one beyond the scope of this post. Viscera Cleanup Detail though, is strong evidence for the “yes” side. Art accrues commentary and criticism, deconstructions and challenges to accepted tropes and structures. Viscera Cleanup Detail is not a normal game, but a game about games. END_OF_DOCUMENT_TOKEN_TO_BE_REPLACED