In the last days of WWII, desperate to change the course of the war, occult Nazis open a portal to hell; this is a classic occult Nazi tactic that will doubtless be familiar to you. Although US special forces eventually manage to close the portal before reality itself is unwritten, something still manages to come through.

That something is a juvenile demon, named “Hellboy” by the remaining allied troops. Initially intended to be a world-ending weapon for the Third Reich, the baby monster is instead adopted by a scientist and taken to the US. Years pass, and the demon becomes a vital asset to humanity, fighting monsters as part of the BPRD (Bureau for Paranormal Research and Defence).

In 2004, occult Nazis are nothing but a distant memory, except – surprise! – they’re all still alive and now they’re back to open a new portal to hell and unleash chaos. Hellboy’s attempts to stop them are hampered by both his complicated personal life and the way that everything he does plays right into their hands.

END_OF_DOCUMENT_TOKEN_TO_BE_REPLACED

The Ocean’s franchise is venerable and well-established. First there was the original Rat Pack movie in 1960. Then came the 2001 reboot, which established the modern style: slick, understated comedy, which didn’t waste too much time explaining the heist. You get to watch the characters muddle about and mess things up with insouciance; then you see the double-speed replay where you realize that, actually, they were in charge of the situation all along.

And the formula worked for two whole sequels, until it started to run out of steam. So the big Hollywood directors sat down and thought about how to regenerate the franchise once more.

END_OF_DOCUMENT_TOKEN_TO_BE_REPLACED 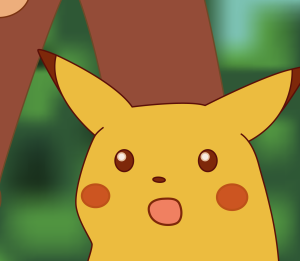 “Do we really need another childhood nostalgia movie?” I asked, as we wandered through the park on the way to the cinema. “Haven’t they all been done by now?”

The picture on the left is my face, 5 minutes into the movie.

It turns out that we do need more childhood nostalgia movies – or at least, more movies like Detective Pikachu. Against all the odds, against the entire track record of live-action movies about cartoon characters, Detective Pikachu is a really great film. Let’s get into it.

END_OF_DOCUMENT_TOKEN_TO_BE_REPLACED 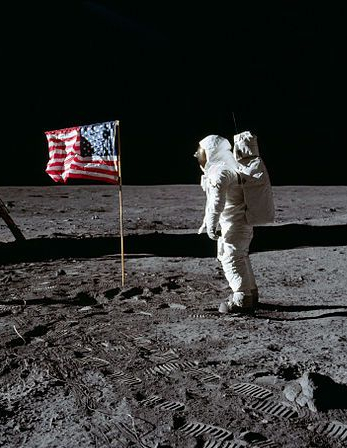 The latest bout of 20th century nostalgia has been taking us back to the 1960s. Something about violent social conflicts, the constant threat of international war, and egomaniacs spending millions of dollars on space travel seems to strike a chord with artists and audiences in 2019. I wonder why.

Snark aside, I like this trend. The story of space exploration is a story of disasters, near-misses and over-spending. But it also brings out the best in us: adventure, imagination, and collaboration. In this post, we’ll look at three different ways that story has been told.

END_OF_DOCUMENT_TOKEN_TO_BE_REPLACED

When his brother is killed by a teenage gang, a retired East End mobster gathers his old crew to settle the score.

Normally I’d go into more detail here, but that’s pretty much the entire concept. It’s a battle of old versus new, hoodies versus suits, respect versus modernity.

END_OF_DOCUMENT_TOKEN_TO_BE_REPLACED

When the police can’t protect a surgeon’s family, he takes the law into his own hands; with his wife dead and his daughter paralysed, Paul Kersey (Bruce Willis) becomes the “Grim Reaper”, a hooded (technically hoodied) vigilante. END_OF_DOCUMENT_TOKEN_TO_BE_REPLACED 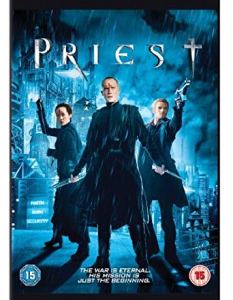 Vampires have existed alongside humanity since the dawn of time – a separate, nocturnal race of predators, building vast hives in service of their queen. For millenia, mankind has waged war against the vampire menace, and now, for the first time in history, there is peace.

Vampires exist only in reservations and will never emerge to menace us again. Priests – super-powered vampire slayers – have been forcibly retired. Humanity is safe and sound in vast cities protected by a benevolent ecclesiarchy that only limits freedom and does dystopic stuff for the good of the citizenry.

Obviously, everything is about to go horribly wrong.  END_OF_DOCUMENT_TOKEN_TO_BE_REPLACED