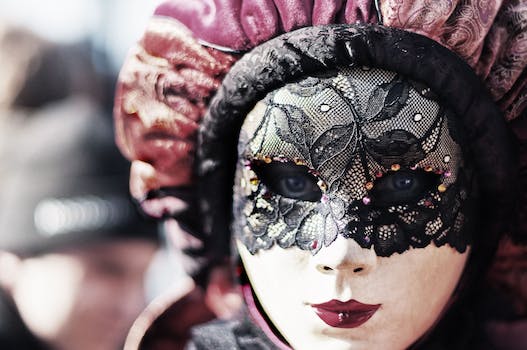 News from the world of digital analysis of literature, where a study in the Journal of Cultural Analytics has discovered that women are… missing. Absent. Vanished. Fallen off the bottom of the page.

Back in the good old 1850s, there were plenty of authors who were women. It was the era of the lending library, magazine serials and authors reading out chapters to packed concert halls. But over the next 100 years, the number of women successfully publishing fiction almost halved.

The question is, where did all the women go?

The authors of the study point out a few related factors. While the number of women authors decreased, men dramatically broke into the publishing market, hugely increasing their numbers. At the same time, books began to feature fewer feminine characters – in books by both women and men. (The study did also recognize a third category, for characters of fluid or unclear gender.)

Now the study uses a very 2017 word for this: they call it “gentrification”. Imagine, if you will, that the vibrant Women neighbourhood is slowly taken over by Men, eating brunch and reading Herman Melville while the helpless, overrun inhabitants are forced out onto the street, clutching their battered copies of Elizabeth Gaskell and Charlotte Yonge.

Obviously this is a silly image. I don’t know why the Journal of Cultural Analytics can’t bring itself to utter the words “masculinization” or “erasure of women”. What seems to have happened in the world of literature is a trend which has been endlessly repeated throughout Western culture.

When something becomes culturally  – or financially! – valuable, it becomes dominated by men. Women are “cooks”. Men are Michelin-starred “chefs”. Women models wear the clothes, but the real artists are the men fashion designers. Women write “chick lit”. Men write “literature”. The real question is, which came first: cultural value, or masculine interest?

I’d be willing to bet it was value. The women writers of the nineteenth century were colossal. They were geniuses. They battled social prejudice, mistrust of intelligent women, and an intensely controlling society to publish the books that they wanted to write. They wrote about love, sex, justice, poverty, education and any other topic which they thought was important. And they were very good at it, too, because many of them became famous. Some became rich.

I am not going to argue that men deliberately, intentionally came to dominate the literary world; I don’t think it’s ever so premeditated as that. But what we can say with certainty is that by the end of the nineteenth century, publishers had realized that novels were both serious money and serious literature. They were, in short, worthy of masculine participation.

World events were also no longer favourable to women authors. The awful crises and wars of the twentieth century would drown out the first brave calls for women’s rights. Women were in demand to help the war effort, but were sent home as soon as peace was declared. Gender relations would go through a serious regression before the 1960s and the advent of a new wave of feminism.

Since that revival of the feminist movement, things have started to improve. More women are writing now, and more books are about women. But there is one part of the tragedy which is not being addressed. Those disappearing women from the nineteenth century – those giants of the literary world, unfairly wiped from the record – have never been given the attention they deserve. We should not forget them. If you pick up one of their books, you will find that they still have a lot to say.

2 thoughts on “The Mysterious Case of the Disappearing Women”