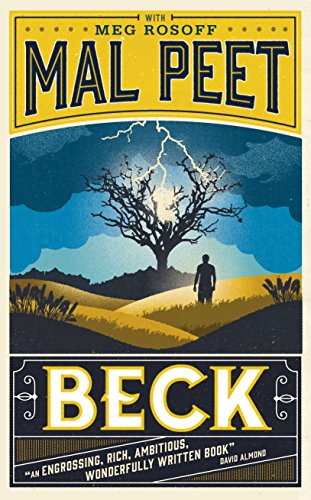 Beck is the story of an eponymous mixed-race orphan in an uncaring world. After the death of his mother, Beck is shipped off to Canada, where he deals with abusive priests, abusive farmers, and violent mobsters (plus more) while he searches for a place to belong.

This is a book that desperately wants to have an important message. It’s just not clear what that message is. Every event drips with unused significance. He is neglected and abused as an orphan, but it ends there – any larger point about man’s inhumanity to man or poverty fizzle out as he pushed the memories behind him and wanders on. Instead of an exploration of society or identity or anything else, each plot point is simply another event in a series of them with no real purpose.

The plot is repetitive, running along the same basic cycle again and again. Beck meets new people – they generally give him food and new clothes – and he stays with him for a while before they do something that shows the innate awfulness of humanity. Then he leaves. Sometimes, to be fair, the characters don’t do anything bad directly – society itself is what sends Beck out into the world again.

Beck is a book of near-unrelenting misery. Everyone is awful, all of the time. By my count, there are five relatively significant characters who aren’t monsters, and all of those make (at best) extremely questionable decisions. Every other character is actively evil, exploiting Beck in countless ways. There’s very little in the book that suggests any kind of hope or positivity.

It’s fine to have miserable books. Anguish is an important component of art, and I can’t think of any story worth telling that doesn’t contain some sort of pain. But the pain has to serve a purpose – there has to be a reason to share it with the reader. Beck doesn’t have that. And that’s not because there aren’t any possible reasons; as above, it would be so easy to take his pain and make it significant. But the book doesn’t do that – it presents the misery, but doesn’t comment on it. Misery (and violence, and sex) without purpose is gratuitous. It doesn’t strengthen the book, it weakens it. From the first page, Beck hammers you over the head with how gritty and terrible everything is, and that’s only okay if a book justifies it. By the time you get to the slow and descriptive “child abuse in a bathtub” scene, it’s clear that no justification is coming.

The aforementioned scene was definitely a low point. Child abuse is a difficult topic to handle well – that much should be obvious. Authors who do tackle the issue tend to do so either extremely poorly, or extremely carefully. One thing you don’t do, pretty much ever, is linger on the actual event in what is supposed to be a children’s book. You don’t even do that in an adult book, because why would you? The specific mechanics don’t actually help or add anything; they just make your reader uncomfortable. Perhaps the worst thing about the handling of this scene in Beck is that the bathtub scene is the most lovingly described and detailed scene. Beck’s positive moments don’t get anything like this level of time and focus, and that’s a bizarre choice. I found myself deeply confused as to why the scene needed so much space on the page.

Perhaps these problems are too do with the unconventional authorship. Beck was started by Mal Peet – an author I’m unfamiliar with – but finished by Meg Rosoff, who I’ve always rather liked. Authors picking up other author’s books doesn’t always go well, and I think it’s a problem here. There are shifts in tone all over the place and plot hooks are dropped never to be picked up again. The final section of the book reads like it belongs in a completely different (and much better) novel. Suddenly, there’s a theme and a purpose and a focus on change, not just repeated horrors. And then, in the final big scene, all of that goes away again, and we’re back with stereotypes and needless confusion.

I think that the problem with Beck is that it tries too hard to be powerful and important – the sort of text people will study for years and talk about its unflinching honesty. But in the struggle to be that book, it ends up losing the plot and the themes and everything else that would actually make it important. It’s definitely unflinching and gritty – often too gritty – but it isn’t actually saying very much.